Anna Cosper studied illustration at CABK Art Academy in the Netherlands. She created stop-motion animation for television and galleries before becoming involved in puppet theater productions in the Netherlands and abroad. Currently Anna is based near Seattle, Washington where she is writing and illustrating children’s books, dancing in her living room and swimming in the sea! 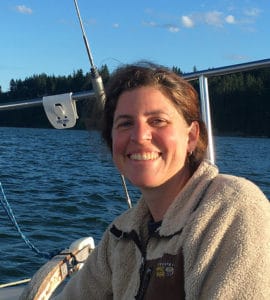